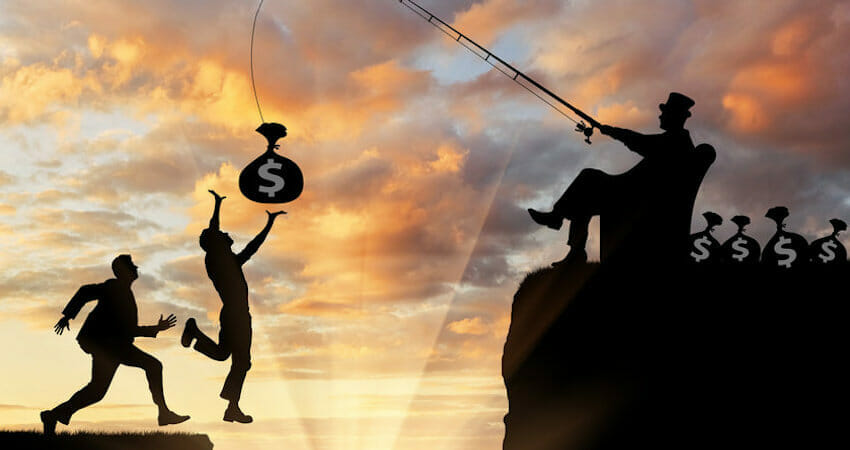 We live in a culture that craves. It lusts and teaches lust… for things, for stuff, for others. It promotes personal gain and sets a standard which says that if you do not pursue you are lazy and less than. It says if you do not have… you are unsuccessful and are less than. However, there is a danger of having.

Every commercial screams for us to be more, every billboard says achieve more and every reality TV show insinuates we should have more. It has created an environment that forces self-judgment, encourages self-disapproval and most sadly can lead to self-hatred.

Biblical Warning of the Danger of Having

If you’ve read the Bible or grown up in church, you have heard some strong warnings… especially from the Proverbs.

“Those who trust in their riches will fail, but the righteous will thrive like a green leaf.” Proverbs 11:28

I find a couple of things profoundly interesting about this verse. First, it says that those who place their trust in the stuff and the money they have WILL FAIL. There is no wiggle room. Second, the verse doesn’t say the comparative opposite claiming that it is the poor that will succeed. It says the righteous will. You can have money and be righteous… but it’s walking with God that makes you successful… not your bank account.

It is also, as I’m prone to say, profoundly interesting that the person who wrote that Proverb at the prompting of the Holy Spirit was King Solomon. At the time, he was the richest person on earth. And as was reported in the Biblical record, Solomon’s riches far exceeded any known personal wealth today. For him to have learned this lesson is important for us to realize.

For the record, as of April 2022, Elon Musk is currently the richest man on earth. There are sheiks in the Middle East whose oil producing families may have them at an even higher level, but those aren’t reported. Elon Musk is worth $219,000,000,000. That’s 219 billion dollars. To put that kind of wealth in perspective, I went to my calculator. Wrap your head around this. I did the calculations several times.

Imagine if I had $100,000 to my name and wanted to give you some money. I reach into my pocket, and I pull out a quarter, two dimes and a penny and hand it to you. I give you $0.46. If Elon Musk were to give you that same exact percentage of his wealth, he would write you a check for $1,000,000. It really is incredible.

Another Warning of the Danger of Having

I love reading CS Lewis. Hear what he said in a little contribution called, The Weight of Glory.  “He who has God and everything else has no more than he who has God only.” Is that just a smart guy making a catchy statement or is it true?

2 Peter 1:3-4, “His divine power has granted to us all things that pertain to life and godliness, through the knowledge of Him who called us to His own glory and excellence, by which He has granted to us His precious and very great promises, so that through them you may become partakers of the divine nature, having escaped from the corruption that is in the world because of sinful desire.”

It’s very easy to get caught up in wishing you had what the rich people have. Lottery lines will prove that true. But friends, (he said with three fingers pointing back at himself), we have been granted His PRECIOUS and VERY GREAT promises so that we might become partakers in divinity. That means a love and a peace and a joy and a patience and a kindness and a goodness and a faithfulness and a gentleness and a self-control that will cause any “thing” we have to mean nothing considering the overwhelming reality of being right with your Creator!

Don’t worry about what the Jones’ are doing. By God’s grace we have ESCAPED the corruption of sinful desire, Lord willing. The “Danger of Having” is losing sight of His glory and excellence. We are free and mighty rich!

We help addicted men and their families experience God’s plan for freedom and hope.

“5 questions every treatment program should answer.”